A History of Live Streaming

It is September 7th, 1927.  Philo T. Farnsworth heads to his laboratory in San Francisco.  “I really hope this works,” he thought to himself, because today is the day he demonstrates a completely electronic television. 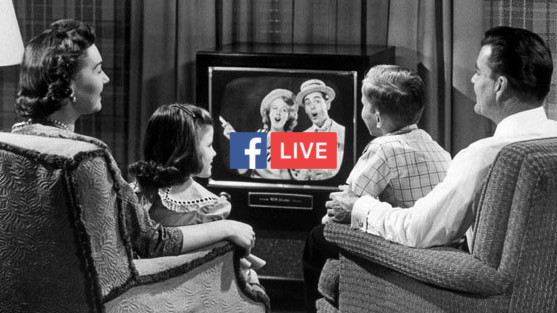 His device generated an electron beam, striking a phosphorescent screen, and adjusted with electromagnetic coils.  A bright white line illuminated the front of his cathode ray tube.  What Philo may not have been aware of, George O. Squier was granted the patent for a means of information transfer on wired power lines only the day before.  George’s technology would eventually become Muzak, and be used to stream music into elevators and homes.  These two technologies and the enterprising visions of countless businesses and scientists to come would ultimately create a technology that today we use to share our dreams, witness crime, rally protestors, and connect lovers across oceans.  That technology is live streaming. 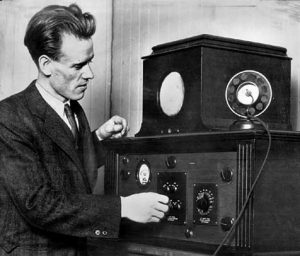 Decades after Philo and George made their mark on history, the internet is born.  Then, only a few short years after that, nearly every human on earth owns some kind of mobile device capable of streaming data.  Today, Facebook Live, YouTube, and a host of other sites let anyone pick up their phone, and go live to the world.

It really is a whirlwind of technology and innovations which came together to make this happen.  Most of the major advances to make a modern stream possible happened in the past 25 years.  In the summer of 1993, Xerox PARC streamed a live performance by Severe Tire Damage to Australia, proving a technology they were developing possible.  Three years later, Apple hosted a webcast of Metallica at Slims in San Francisco. A very different San Francisco than the one Philo lived in.

This laid the foundation for all companies to consider using live streaming to build a branded message and inspire audiences to get excited about the fact that this was live, right now, the latest and purest news about their products.

The technology which makes this possible depends on several pieces of hardware at different levels of the technology food chain.  Down at the bottom, we have the cameras and audio gear.  These signals are then digitized with an encoder, uploaded to a media publisher, and distributed by a content delivery network (CDN).  Some of the big problems to overcome were realized by the rapid demand and sudden drop off of viewers.  The CDN would have to adapt to the demand quickly so that all viewers had a smooth experience.  The advent of multicasting versus unicasting improved the bandwidth required for all viewers to watch a stream by eliminating the discrete connections needed between end user and server.  Of course, general improvements to internet speed and video compression methods made it possible for anyone to use this technology.  With cost as a barrier to entry now low, the flood gates of live streaming are open.

A noteworthy use of live streaming occurred in 2007 when Justin Kan, founder of Justin.tv, strapped a webcam to his hat and customized a laptop for his backpack to continuously stream his life 24/7.  What was quickly coined lifecasting, sparked a movement and promoted a company to harness the powers of the internet to let anyone broadcast anything.  Human nature comes with its dark side, and the need for content to be supervised and flagged was required almost as soon as it was possible to stream.  Justin.tv eventually dissolved into Twitch.tv and the company has generated a lot of revenue as a broadcast platform for eSports.

Justin Kan sporting his webcam and microphone used for a 24/7 stream of his life.

Television of course was streaming live broadcasts over the air and cable longer than internet webcasting.  Sports and news used their own technologies to achieve this, but the look and feel of modern broadcast standards was developed by them.  The use of multicamera switching and studio environments encouraged producers to replace anchormen with presenters and CEOs.  Instead of a news ticker in the bottom of the screen, lower thirds and custom hashtags are displayed for audience interaction.

Content delivered by streaming is also a contributing element.  Netflix made it quite clear that the convenience of streaming movies online instead of heading to blockbuster for more selection was an easy choice.  By leveraging the internet as a distribution tool, hardware and software companies mutually built better and better tools for us to tune into anything online.  Live streaming, however, is unlike Netflix in that all content on Netflix is prerecorded and accessible at any time by any user.  A live stream, especially a multicast, is accessible from only one point in the stream by all users at the same time.

Live streams work best to satisfy our curiosity about what is happening right now.  If we want to randomly check out Earth from space, we are now able to tune into a 24/7 live stream from an orbiting spacecraft.  As with all resources, cost and benefits are weighed, and monetization of the technology drives the supply.  Ustream boasts that they had 8 million live viewers watch the PlayStation 4 release through their service in 2013.  All of those people were so excited about a new product, that they couldn’t wait for a press release, they couldn’t wait for articles the next morning.  We have to see for ourselves, the original source material.  Between lifecasting and product announcements, there are boundless opportunities for creativity and surprise.

The video game industry is quickly becoming the champions of live streaming.  The work we at Repertoire have done for Gamespot, Twitch, and Blizzard have been some of the most complex and highly orchestrated live streams.  There is never a lapse in content, as segment after segment is cued up and cut to for hours at a time.  Many corporate clients are satisfied with displaying a “be back soon” slate during the breaks, but in the fast-paced world of gaming, we need to provide game trailers, interviews, replays with commentary, even chat driven games.

So where is it going? The key target areas for innovation are of course quality and price, but I think we are going to see a new immersive experience for viewers with reduced latency to real time.  Twenty to 30 seconds of delay between reality and the stream is still a long time when you want to interact with the stream.  We may witness this delay shrink to nothing. Every audience for any live event is potentially billions in size.  This is a very exciting prospect for any person or company hoping to capture the masses attention.

Here at Repertoire, we are constantly staying on top of the trends and working with top tech clients around Silicon Valley on their live streams.  This region has live streaming embedded in its culture, and it is a thrill to be a part of history.